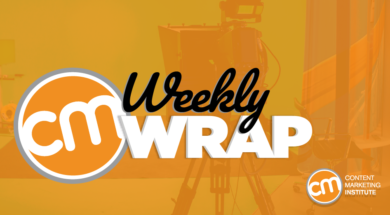 This week, Salesforce makes a move to get its own “+.” A Facebook-commissioned study looks at the impact difference between video and static images. And a TikTok executive talks about brand success on the world’s most downloaded social media app.

Salesforce aims for a ‘+’ in streaming

In a groundbreaking move, software brand Salesforce is launching a streaming service to transform its marketing into an owned-and-operated media entity, according to a story in Axios.

The free streaming service known as Salesforce+ will provide content to help sales, marketing, and executives grow and improve their business skills. The company’s goal, CMO Sarah Franklin said in the interview, is to drive viewers to make a connection with the brand, so they want to use its products and engage more.

Salesforce+ will debut in September with live programming from its Dreamforce event and on-demand original series. The company hired more than 50 editorial leads leading up to the launch. Its in-house operation, Salesforce Studios, will film and produce the content. Future plans could include expanding to include partner- and community-submitted content on the platform.

Success will be measured by subscribers and viewership, the CMO says.

WHY IT MATTERS: Salesforce is transforming its content marketing into a full-fledged media company. While you may not have the resources for an in-house studio, you can still benefit from some form of a media model for your content marketing. How can your brand grow and own an audience? How can your company provide content your audience will subscribe to and read/watch/listen to again and again?

[email protected] bet big on a #digital future by launching streaming service. What can brands with less than blockbuster #ContentMarketing budgets learn from the move? (via @CMIContent) #WeeklyWrap Click To Tweet

How to craft videos to pack this biggest punch

Video-based social media ads get a better response than static image ads. That’s the finding of an analysis in Australia by Analytic Partners and Australia-based The Lab (commissioned by Facebook).

They made that conclusion by looking at the ads’ ROI. While they didn’t specify the sample size, the conclusion models what others are seeing.

The group also said they found most of a video’s success comes from the creative elements (video, story, etc.), but a significant portion can be attributed to execution elements such as targeting, formats, timing, duration. They came up with almost a dozen best practices for creating video for social.

WHY IT MATTERS: About two-thirds of content marketers (68% of B2B and 62% of B2C) use pre-produced video (as opposed to livestreaming). While the advice in the report was created for social media ads, most of the tips work well for video creation overall. Unless you’re telling a documentary-style story, you probably don’t have the luxury of crafting a video that builds a narrative and eventually arrives at the big payoff. You’ve got a moment to grab their attention and then only a second or two to get to your point before they move on.

TikTok has a motto for brands interested in its platform: “Don’t make ads. Make TikToks.”

Becca Sawyer, who leads small and medium-size business solutions at TikTok, recently elaborated on that in an interview with Social Media Today: “We always remind brands to not overthink it. TikTok is the place where authenticity and realness is not only accepted; it’s celebrated.”

Brands also shouldn’t consider the last click as the holy grail. Becca told Social Media Today, “Brands should be thinking about TikTok uniquely – it’s an immersive, entertainment experience, where people build and find community … We often remind brands that engagement prior to the final click is highly valuable.”

In the interview, Becca shared some examples of businesses doing well on TikTok. Sour Patch Kids, the most-followed snack brand on the platform, partners with high-profile TikTokers that create campaigns like the April Fools’ Day #SourPatchPrankFund challenge, for example. People who posted TikTok videos involving Sour Patch Kids could earn money for their pranks.

She also mentioned Georgia-based restaurant Izola’s Country Cooking, which uses its account to feature daily specials along with customers who’ve traveled to try the food (many of whom say they learned about the place on TikTok.)

WHY IT MATTERS: TikTok is now the most downloaded social media app in the world. With that growth in popularity, it’s a smart channel for brands to investigate. Also, the advice “Don’t make ads. Make TikToks” translates to any channel you publish on. You want to be part of a conversation, not an interruption in the conversation.

Is it time to get serious about @tiktok_us, the most downloaded #SocialMedia app in the world? Just make sure your #content is part of the conversation, not an interruption via @CMIContent. #WeeklyWrap Click To Tweet

HANDPICKED RELATED CONTENT: 5 TikTok Tips to Get More Views
Intrigued, puzzled, or surprised by an example, news, or something else in content marketing? Share it with us by completing this form. Your submission may be featured in an upcoming Weekly Wrap.