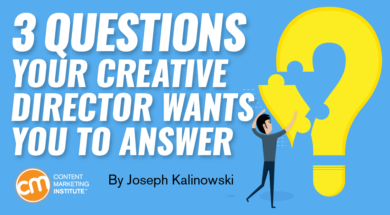 Or maybe you’re staring at an email from your boss (or your boss’s boss) that simply mandates a redesign of your content vehicles.

Is it the font? Is it the colors? The icons? Does it need a redesign or just a face-lift?

Before you run to your creative director, take a beat.

Before you run to your creative director to talk redesign, take a beat, says @jkkalinowski. Click To Tweet

I’ve been on both the suggesting and the receiving end of these scenarios, and I’ve seen the agony that results when seemingly simple changes to visual branding go wrong. Luckily, I’ve also experienced the thrill of projects that go well.

Before I get into how to make sure your project ends up in the “go well” category, let’s look at a dramatic example of a visual rebrand gone awry.

On Oct. 4, 2010, Gap, a global U.S.-headquartered clothing and accessory retailer, released a redesigned logo, ditching the familiar blue box, serif-font logo it had used since 1986. The new version used a Helvetica font with a small blue gradient box offset to the right. Here’s a snapshot of Gap’s homepage with the redesigned logo on Oct. 6, 2010, from the Wayback Machine. 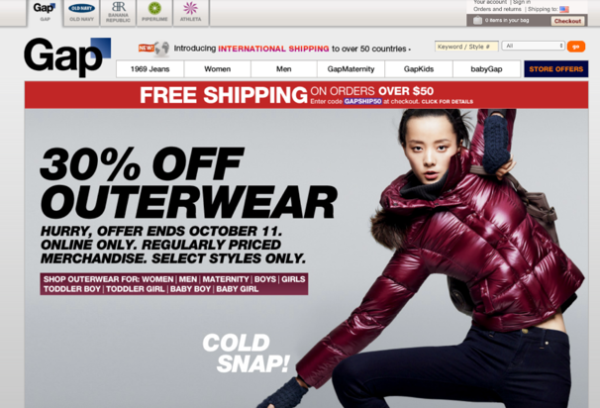 Immediately panned by consumers and creatives worldwide for its simplicity and lack of creativity, the new Gap logo quickly became the butt of jokes – and even a satirical Twitter feed:

You guys remember this? http://t.co/4fd8HvVMyh #tbt

Did I mention all this response happened in a matter of days? Three days after the release, Gap executives acknowledged the criticism, saying how much they enjoyed the passionate dialogue, and invited people to submit their designs via the company’s Facebook page. Within a week, the company returned to its traditional logo. Here’s a look at the Gap homepage from October 20, 2010, thanks again to the Wayback Machine. 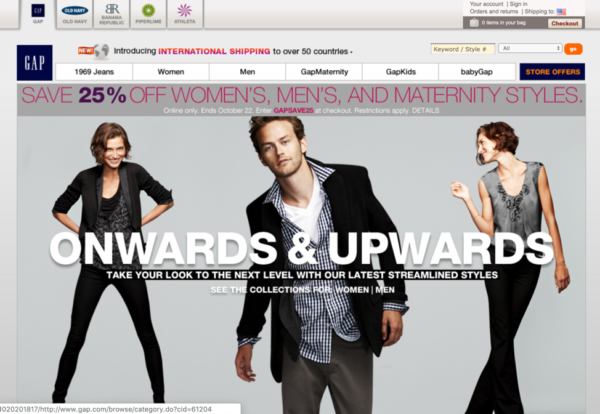 In 2016, Gap tried again. This time, the new logo retained the familiar font, but separated it from the box. That version stuck. 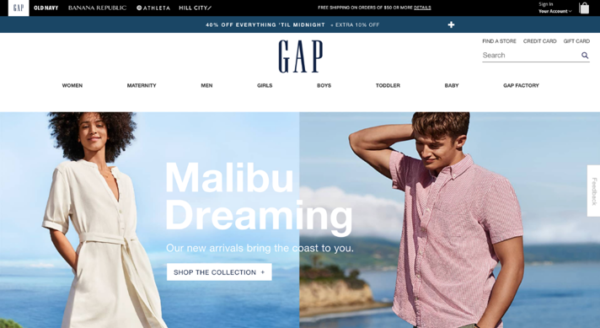 At the recent ContentTECH Summit, LinkedIn’s Megan Golden offered a clue as to why some visual rebrands don’t work. While marketers are attracted to what’s new, she said, consumers lean toward what’s familiar. (See Avengers: Endgame box office numbers if you have any doubt.)

Megan gave an example that echoed Gap’s woes. In 2009, Tropicana, a PepsiCo brand, redesigned everything about its flagship product: the logo, the package, and its advertising. The familiar image of a striped drinking straw plunged into a juicy orange disappeared in favor of a glass of orange juice. The orange only appeared as the carton’s cap. The logo changed and was placed differently on the carton. Despite a $35 million ad campaign tied to the change, sales plummeted 20% in two months.

By prioritizing new over familiar, the company made it harder for its audience to recognize and choose its product. 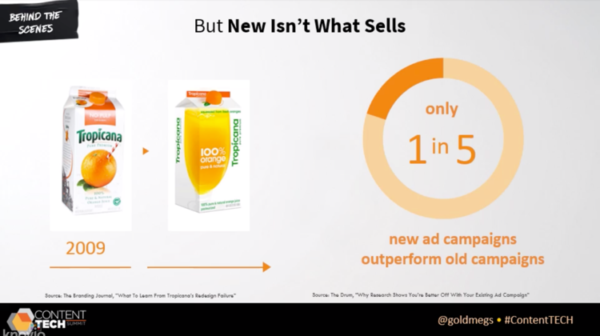 I chatted with Aaron Sechrist, aka okPANTS, a Cleveland, Ohio-based graphic designer and brand developer who has worked with brands such as Disney, McDonald’s, Smithsonian Institution, Red Bull, and Rock and Roll Hall of Fame and Museum to name a few.

Though Aaron points to the “usual suspects” (including Apple, Starbucks, and Nike) as visual rebrands done right, he also offers props to “any brand update/re-do that strives to try to maintain a transparent relationship with its audience in a way that looks and feels new or organically evolving.”

As far as visual rebrand fails, Aaron declines to name any. He offers this take instead:

I’m not a fan of design armchair quarterbacking because I’m on the other side of it. Navigating client feedback and trying to produce your best possible work in the face of reductive, crushing, or simply bad client input/interference is a grind.

There’s a lot to absorb in that comment. Design work is always collaborative. It always involves feedback – from other designers, clients (internal or external), and the brand’s audience.

Note for designers: When you’re tempted to criticize another designer’s brand work, keep Aaron’s reluctance to criticize in mind. You’re not in the room with the design team and the client.

Note for content marketing executives, strategists, and creators: If you want a great design, you can’t deliver “reductive, crushing, or bad” input. Be constructive. Make sure visual brand changes fill a strategic purpose, not a whim. (How to deliver great design feedback is a whole other article. Let me know if you’re interested in that one.)

Remember my caution to take a breath before you go to the creative director to talk redesign for your content? While you breathe, answer these three questions. And if you can’t, as I’ve learned from my years of working on visual branding, you shouldn’t change a thing.

1. Why do you want a redesign or rebrand visually?

Does your answer tie to your brand strategy? Will the change help you connect better with your audience? Will changing an outdated-looking font or color help your brand seem current? Or is it only a reaction to a competitor and the desire to get ahead of the Joneses? Set clear goals the design should accomplish before you even start kicking around ideas for the project.

2. How will you handle the redesign?

Do you have the resources in-house or will you need to hire outside help? Do the designers understand the ins and outs of your brand? Have you shared the why behind the design change?

3. When should you introduce the new look?

Is the redesign tied to a corporate milestone? A publication launch? A specific season or event? If so, make sure to share the timing (and the reasoning behind it) with the design team, project managers, and approvers. Don’t forget to think about how the redesign or new visuals could affect the rest of the brand content family.

Talk with (and listen to) the creative team

Once you’ve answered the three questions, it’s time to talk with your creative director and team. The key preposition in that sentence is “with” rather than “to.”

A give-and-take of ideas is an important part of Aaron’s design process. “I’m heavy on the front-end conversations with clients to get in their heads about what they’re after, what they like, and then steering that input toward a design direction,” he says.

Be heavy on front-end conversations from client or team before you pick a design direction, says @okpants. Click To Tweet

That up-front discussion not only guarantees that the designer understands the client’s needs, it can improve the final designs. As Aaron says, “Some clients make good ideas great.”

Aaron calls his collaboration with Six Shooter Coffee a dream job. What started as a simple merchandise design got the owner “so geeked,” Aaron says, that it formed the base of a visual overhaul for the brand.

And here’s the logo Aaron designed:

And here it is in the store:

“The final mark turned out super strong, it addressed all of their intentions, and was a definite upgrade for them,” Aaron says.

Think, talk, and listen before you leap

Before you take a leap into your creative director’s office about a visual rebrand, sit back and think about those three simple, yet important questions (why, how, and when). Digest the perspective from a couple of designers who’ve been through a project or two.

When it comes time to pull the trigger on that redesign, have solid answers, have a good relationship with your creative team, keep an open mind, and dive in.